New FrSky transmitter does not show 2 drives in MacOS finder 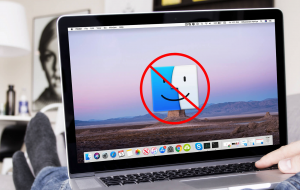 You have just received your new FrSky transmitter and you wanted to update the firmware to the latest version but your Mac finder does not show you your expected 2 drives (one SD card and one internal storage device).

First things first this is not a FrSky problem! The system is working correctly and so is your Mac.

The issue you’ve encounterd is just some inconvieniance but no technical problem so let’s explains what is happening and how you can solve it.
2 things might be the case here:

1) The first thing that might happen is dat nothing is happening but just your light will go on on the powerbutton of the transmitter.

Now you will get a screen saying “Bootloader”. <– this is what you want.
Next step is to connect the USB cable to the transmitter and your computer and your Mac finder should show you one or more drives.

NOTE: If only one or none shows up don’t panic and follow the next steps.

2) The second thing that might happen is that you don’t see any drives showing up in your Mac finder or just one called “NO NAME”.

/Volumes/NO NAME/NO NAME/xx. <-- with the files of your SD card.

However, because the naming convention is not in line with what the Mac finder expects it will show only one or no drive. To solve this issue, you can start the Mac “Disk Utility” and rename both of your disks called “NO NAME” One should be 8 MB and that’s the internal transmitter storage device and the other the size of your SD card.

You can rename them for example X20FLASH and X20SD (if you’re using a X20 transmitter). Now you can unplug your USB cable and reconnect, and you should see 2 drives in your Mac finder.

p.s. the same thing will happen on any Linux system with the “auto mount” option enabled.

No votes so far! Be the first to rate this post.

We are sorry that this post was not useful for you!